My family is traveling, with our home base in Cincinnati, Ohio this week. Yesterday, we got the opportunity to visit the National Underground Railroad Freedom Center, located on the riverfront here in Cincinnati. It was sobering, uncomfortable, and inspiring - all at the same time.

Our 20/20 hindsight makes it difficult to understand how slavery was defended. Politicians defended it as right and necessary (and we think that awful politicians are a new invention…). Businessmen claimed it fueled the economy; and, in large part, they were correct. Scientists claimed that people of African descent were inferior; while they were often stronger and more resilient, they drew the short straw when it came to intelligence. That's why owning them is OK. (Beware of “settled science”...) Even Africans themselves would raid other villages and tribes, capture people to sell to the white man, for their own financial gain.

That being said - the most uncomfortable part of this was how the preachers provided supposedly biblically-based cover for all this. Sermons were preached about the inferiority of those with darker skin, and how they are ordained by God to be subservient to the white man. (This was throughout North, Central, and South America - this isn't just a U-S-of-A sin.)

Why was that uncomfortable? It's no secret that I'm a Christian, recently coming on staff with my church. We, as Christians, must be sure that we faithfully divide the Word of Truth so that our ancestors do not look back on us with the same shame I felt when I heard my ancestors. They got it wrong - from the bottom to the top, point-blank, wrong. We are all made in the image of God, not a one of us more or less valuable or worthwhile than another. This does not mean that we completely capitulate to the current cultural zeitgeist, deciding that abortion is A-OK or that the clear prohibition of homosexual behaviors were somehow misconstrued. It means that we, as people of the Word, must make sure that when we stand up and say “thus saith the Lord,” that we're correct.

The most sobering part of the museum had to be the “modern day slavery” section. I knew that slavery still existed under different names, but the prevalence statistics were quite sobering. (I didn't memorize them, so I can't quote them; suffice it to say, unless you've looked into it, it's higher than you think.) We must ensure that, while we're looking for the best deal, or the least expensive way to get something, that we're not enabling modern-day slavery. From unfair labor practices (a big reason I'm against illegal immigration, BTW), to excessively cheap textiles, to service staff, to prostitution and pornography - the market for these things are the current demands that run the engine of modern-day slavery.

Now, apart from the statistics I mentioned in the last paragraph (and some of the details of the “regulated” slave trade), none of what I've mentioned above was new to me; it was just sobering (and good) to be reminded of it. I was also impressed with the even-handed display explaining the 3/5 compromise. (For those unaware, it was Southerners who wanted slaves counted as whole people; Northerners didn't want them counted at all, but agreed to 3/5 to placate the South. It was about apportionment of seats as it related to proportional representation, not an indication of one's humanity.) As with anything, there were a few places where this language was inappropriately applied, but all in all, I was greatly enriched from our visit there.

Let freedom ring; let us Christians amplify the sound, whether others use that freedom to choose the way we hope they would - or not. 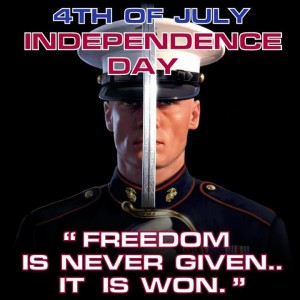 First up is the latest column from Thomas Sowell entitled “Subsidizing Bad Decisions” in which he asks a very good question - “Why should taxpayers who live in apartments, perhaps because they did not feel that they could afford to buy a house, be forced to subsidize other people who could not afford to buy a house, but who went ahead and bought one anyway?” Read the whole thing, particularly the part where he talks about “saving for a rainy day” and “sadder but wiser.” I'd planned a longer post on the economy (and I still may do that), but this is pretty much the way I feel about it.

And, backing him up is some timeless advice from Adrian Pierce Rogers, via Neal Boortz…

You cannot legislate the poor into freedom by legislating the wealthy out of freedom. What one person receives without working for, another person must work for without receiving. The government cannot give to anybody anything that the government does not first take from somebody else. When half of the people get the idea that they do not have to work because the other half is going to take care of them, and when the other half gets the idea that it does no good to work because somebody else is going to get what they work for, that, my dear friend, is about the end of any nation. You cannot multiply wealth by dividing it.

If only Washington, D. C. understood that simple truth.