Today is 9 years removed from September 11th, 2001. There is a lot going on today - fall Saturdays are typically sports days, and today is no different. There are lots of big match-ups in college football, and NASCAR wraps up its regular season tonight, locking in the drivers that will be competing for the championship over the following 10 races. There was a lot going on 9 years ago as well, although as a Tuesday, that day's scheduled entertainment was in music, not sports; Michael W. Smith's Worship and Enya's A Day Without Rain were both released on that date. (It's almost as if God knew that we were going to need them in the weeks to come.) 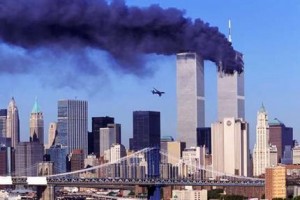 Of course, I'm not writing today to celebrate the 9th anniversary of Worship, though that album did revolutionize Christian music (not the first time Michael W. Smith had done that). It is remembered for the actions of a rogue band of terrorists, who turned that day into a day of great loss for our nation. It is remembered for the collapses in security that led to what is still both the worst terrorist attack on America, and the worst airline disaster in our history.

There are lots of directions that this post could go. I could talk about the absolutely horrendous idea of building a worship center for the religion under whose auspices the attacks were carried out mere blocks from the site of the attack; but, from my description, you probably can tell how I feel about that. I could also talk about the idiot in Florida who wanted to have the “Bonfire of the Qur'ans” today; but, again, I've probably communicated how I feel just now. I am thankful to God that he has decided against this. 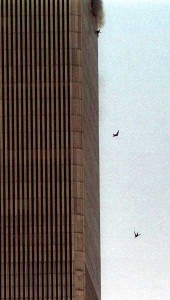 But, today, in between games, cookouts, and races, all I'd like for us all to do is remember. Remember the lives of those who were simply doing their job that sunny September morning. Remember the lives of the police and fire personnel who ran into the building when others were running out. Remember those who were left with the choice of staying where they are and being burned to death, or jumping 100 stories to their death. Remember how the only thing you wanted to do was hold your family tight. Remember the over 3,000 military personnel who have lost their lives in the aftermath of this attack, in counter offenses in Iraq and Afghanistan. Remember the pain. That pain reminded people just how good we have it here, and for a time, united nearly all of us around the defense of our country.

When you're through remembering, turn to praise. Praise God that we have to go back 9 years to remember a successful large-scale terrorist attack on our soil. Praise God for leaders who made some tough decisions that have resulted in our protection. Praise God for the freedom we still have in this country. And finally, praise God that you were not among those who perished on that day, and resolve to accomplish what He left you here to do.